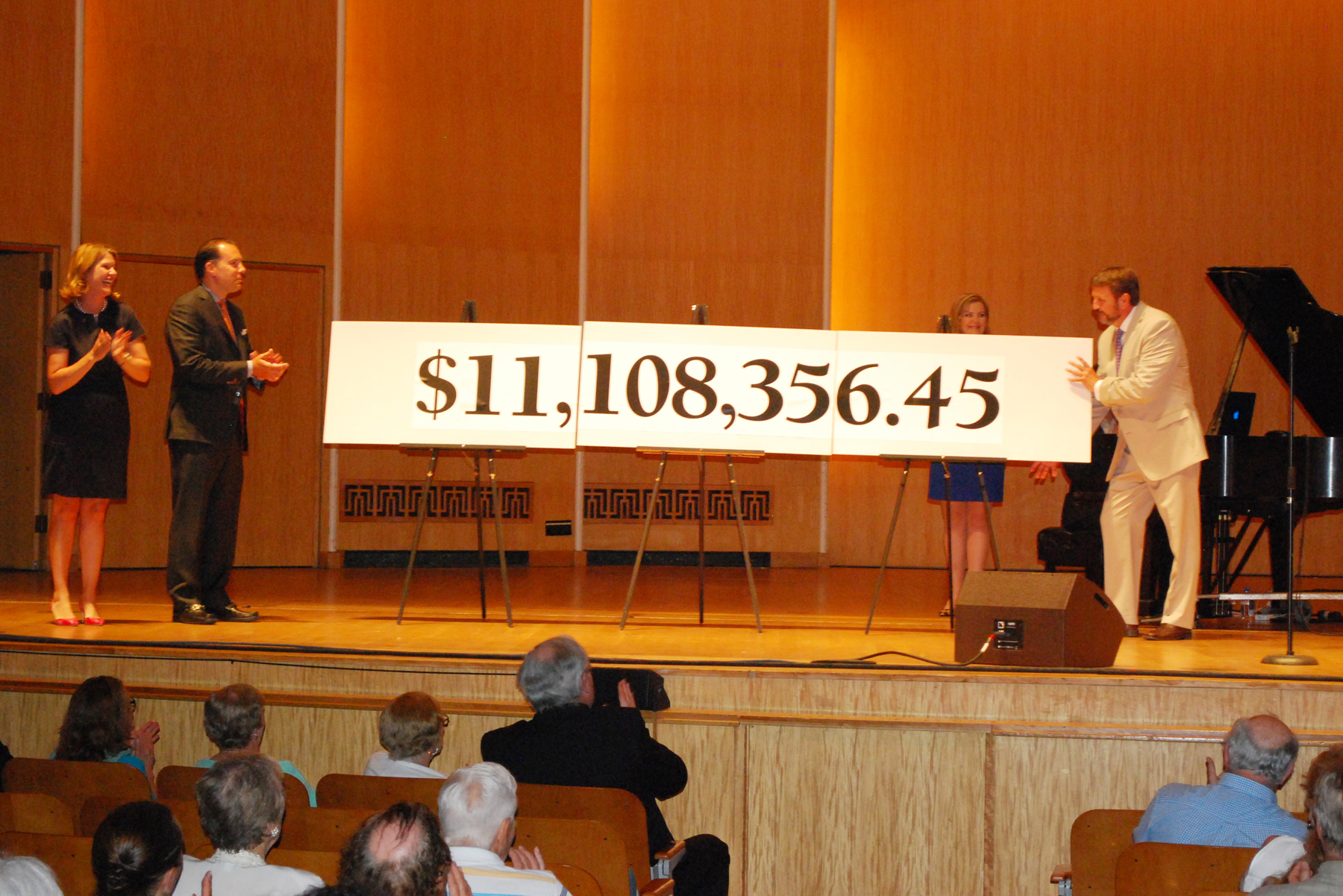 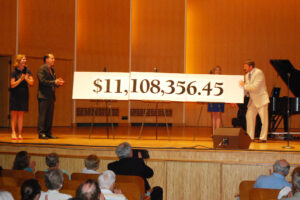 BUFFALO, N.Y., June 30, 2016 – The 2016 Appeal for Catholic Charities of Buffalo ended on a high note this evening as The Most Rev. Richard J. Malone took to the stage at Kleinhans Music Hall immediately prior to the Forte Tenors concert to announce this year’s campaign surpassed its $11 million goal, with cash and pledges received totaling $11,108,356.45. Today was the final day of the Appeal and the organization’s fiscal year.

One hundred percent of the proceeds collected from the benefit concert featuring pop-opera tenor trio Forte, which was held after the announcement, will directly support Catholic Charities’ programs and services. Forte, best known for their finalist run on America’s Got Talent in season eight (2013), played selections from their just released second CD, Future Classics.

Joined on stage by Catholic Charities’ Diocesan Director Sister Mary McCarrick, CEO Dennis C. Walczyk, and 2016 Appeal Chairs Nick and Nicole Tzetzo prior to the concert, Bishop Malone sang the praises of donors and supporters for their dedication and commitment toward achieving this year’s Appeal goal. 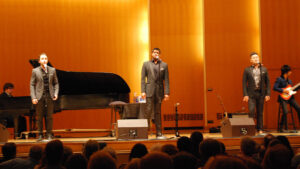 “Your efforts – your grace in giving during this Holy Year of Mercy – will allow us to continue to serve our neighbors in need throughout the Diocese of Buffalo with great love and compassion,” he said.

Bishop Malone also recognized the hard work of everyone involved in the Appeal.

“On behalf of all those served by Catholic Charities and all those who have in any way contributed to this year’s success, I thank you for your support,” said Bishop Malone.

Nick and Nicole Tzetzo expressed their gratitude and appreciation for this year’s achievement.

“Nicole and I, from the bottom of our hearts, would like to thank you for your generosity in serving those in need,” said Nick. “You saw a real need in our community and you acted on it. Nearly 132,000 individuals, families and children were depending on you, and you delivered.”

“Individuals turn to Catholic Charities for hope and empowerment, making the demand for its programs even more vital to our community,” explained Nicole. “This dollar amount allows those essential services to be sustained and added to as we continue to meet the changing needs of Western New York. Thank you!”

Funds raised for the 2016 Appeal support Catholic Charities’ 70 programs and services offered across 61 sites throughout the eight-county diocese.

The theme of the 2016 Appeal was “Find Good Within,” and the patron of this year’s appeal was St. Nicholas.

Catholic Charities is an excellent steward of the contributions it receives. For five years, it attained the highest-possible rating (four stars) from Charity Navigator for transparency and sound fiscal management. Catholic Charities also receives highest ratings from the Council on Accreditation for quality service and was named the winner of the 2015 Torch Award for Philanthropic Excellence by the Better Business Bureau Foundation of Upstate New York.