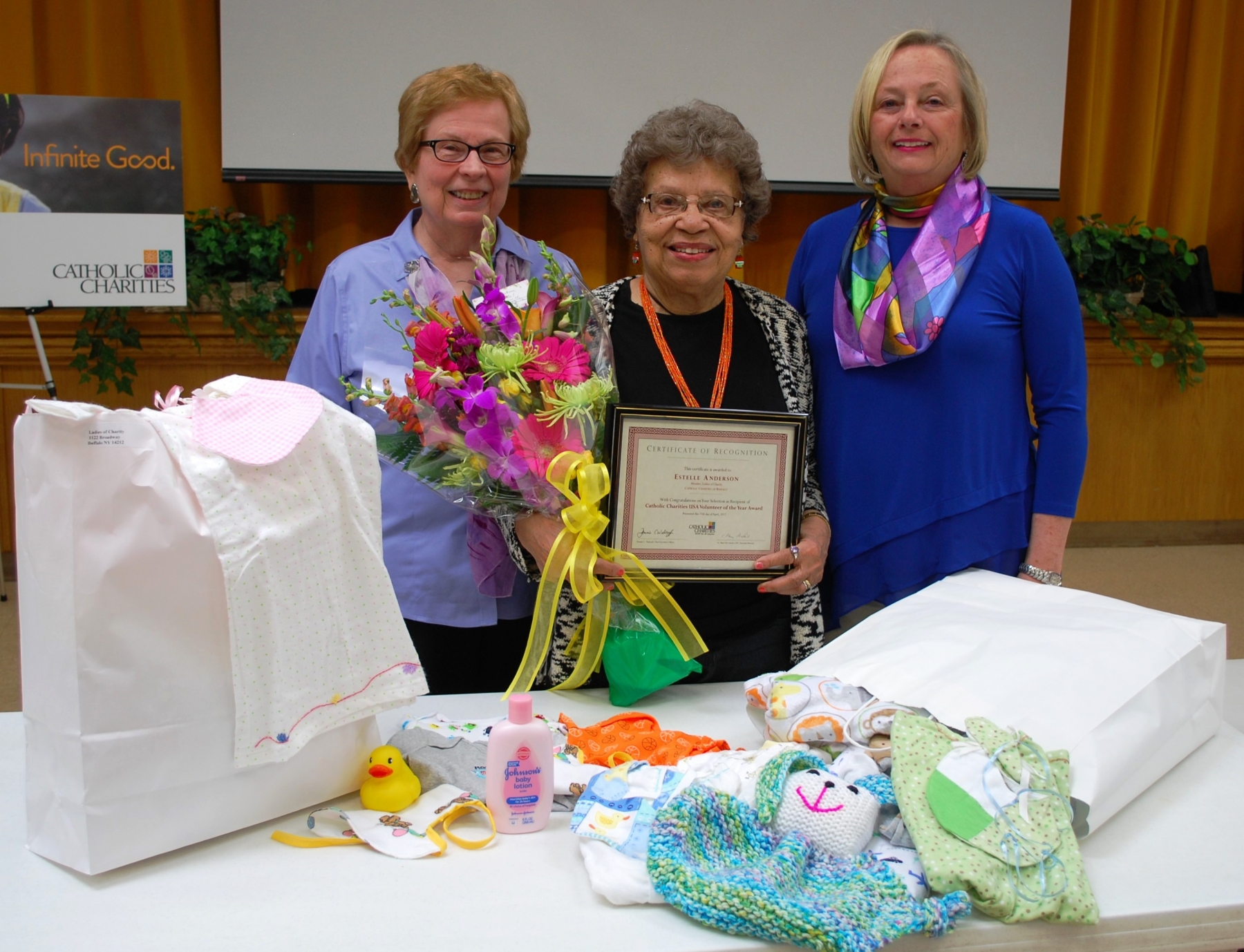 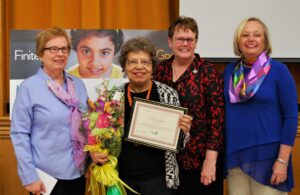 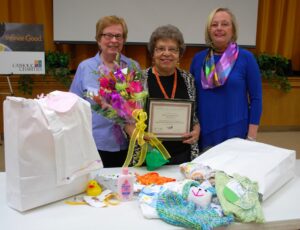 With the layettes that Estelle Anderson and her team work on are, from left, Kathy Sieracki, Estelle and Eileen Nowak. 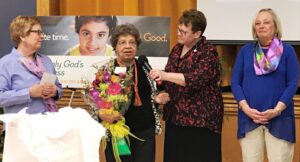 Estelle said that Catholic Charities helps her to “feel good” and she “is happy to be able to do what she does at this age!” 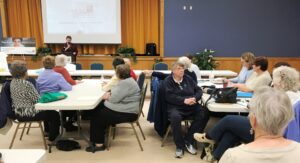 Sister Mary thanks the Ladies of Charity Board and its members for all of their efforts to help people in need through Catholic Charities through the Layette program and so many others.

To kick off National Volunteer Week, Catholic Charities USA announced yesterday that Estelle Anderson of Buffalo was selected as the CCUSA 2017 Volunteer of the Year. Anderson, who is 95, has spent more than 30 years as a volunteer for the Layette Program at Ladies of Charity, a volunteer organization affiliated with Catholic Charities of Buffalo. For the program, Anderson sews crib linens and blankets, and has also hosted baby showers to collect items for the layettes.

Today, Catholic Charities of Buffalo honored Anderson and her accomplishment at a Ladies of Charity board meeting at the Lackawanna Food Pantry and Outreach site in Lackawanna. Sister Mary McCarrick, OSF, diocesan director of Catholic Charities, presented Anderson with flowers and a framed certificate. Additionally, a check was given to Kathy Sieracki, president of Ladies of Charity, for the Layette Program in honor of Anderson’s work and contributions.

“Estelle’s selection as the Catholic Charities USA Volunteer of the Year is a special moment for Catholic Charities of Buffalo, as this is the first time a volunteer of ours has received this prestigious award,” said Sister Mary. “We are so honored and proud to be able to call Estelle our volunteer. Through her charitable and steadfast efforts at the Layette Program, she has impacted the lives of thousands of families in Western New York, giving in-need mothers and babies new clothing, blankets and crib linens. She is both an inspiration and an extension of Christ’s love for others.”

Anderson was among five finalists for the national award. According to CCUSA, the award is presented “to an individual who embodies the mission of CCUSA, provides critical services to those in need, advocates for justice in social structures and calls the entire Church and other people of good will to do the same.” Candidates from across the United States are nominated by their local Catholic Charities agency for the award.

CCUSA will present the award to Anderson at its annual conference, which will be held in Houston, Texas, Sept. 27-30.

“Estelle truly embodies the generous charity Jesus describes in the Good Samaritan parable; she has worked tirelessly on behalf of young mothers in need and senior citizens,” said Sister Donna Markham OP, PhD, president and CEO of Catholic Charities USA, in a press release prepared by CCUSA.To learn more about Anderson and her role in the Layette Program, watch this video from CCUSA.