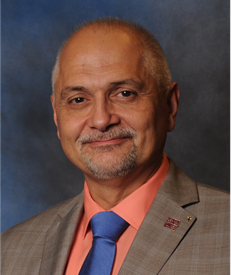 Catholic Charities of Buffalo is pleased to announce the appointment of Timothy J. Sember, lifetime Catholic and Buffalonian, to the newly created position of Chief Development Officer (CDO). Dennis C. Walczyk, Chief Executive Officer and Diocesan Director, made the announcement.

Sember began his career serving in several roles in the Diocese of Buffalo, including pastoral associate at St. Joseph University Parish, principal of Cardinal O’Hara High School, and the diocese’ first lay director of Young Adult Ministry. He then served in a similar position for the Diocese of Worcester, Mass. He later led a local non-profit agency and most recently was general manager for a $12 million software company that serves Catholic organizations, in all representing 17 years in numerous leadership roles.

Walczyk pointed to the depth and range of Sember’s experience, his relationship-building and strengthening skills, results-driven leadership and emphasis on mission as among the attributes making Sember a clear choice for the position.

“Tim’s expertise as a leader and often in times of change, with strategic planning, with data-driven results and growth while focusing on mission and customer needs, are strengths that will greatly benefit Catholic Charities,” said Walczyk.

He added, “Tim is the first lay person to serve our organization in the chief development role responsible for oversight of the Appeal. We are very confident in his fit for this position at this time. He has a solid Catholic background and education, and what a foreshadowing of the leader he would become – Tim was recipient of the Diocese of Buffalo’s Outstanding Catholic Youth Award 40 years ago!”

In his role, Sember will be responsible for strategic leadership of the annual Appeal in support of Catholic Charities and the Diocese of Buffalo, which has carried an $11 million goal for more than decade. He will manage and leverage an extensive network of campaign volunteers, including the Appeal leadership team. He also will plan and lead the execution of annual and major gift advancement programs to provide sustaining and long-term support for the Appeal.

Sember was executive director of the Center for Handicapped Children from 2001 to 2004. For the last 15 years, he has held leadership posts at Facts Management Company in Nebraska, Smart Tuition/Blackbaud in New Jersey and ParishSoft/Ministry Brands in Ann Arbor, Michigan, software companies which provide technical assistance to church-related institutions and schools in the areas of financial needs assessment, tuition management, fundraising, and parish engagement.

He holds a bachelor’s degree in religious studies and English from Canisius College and a master’s degree in Theology from Christ the King Seminary in East Aurora.

His current community involvement includes serving as co-chair of the Oishei Children’s Hospital Family Advisory Council, and a member of the Board of the Center for Handicapped Children in Amherst.

A resident of Williamsville, Tim and his wife Valerie and family are long-time members of Our Lady of Hope Parish in Buffalo.

The CDO appointment was the first since last month’s announcement of the change in Catholic Charities’ organizational structure to a single-executive model with Walczyk adding the responsibilities and title of Diocesan Director to his CEO role. The change was implemented upon the retirement in September of Sister Mary McCarrick, who had served as Diocesan Director since 2009.  Read more