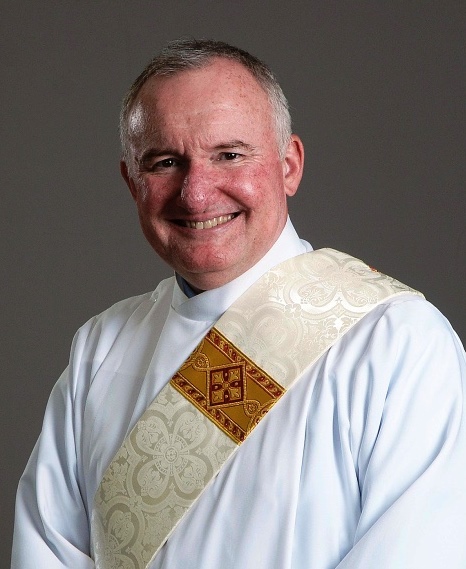 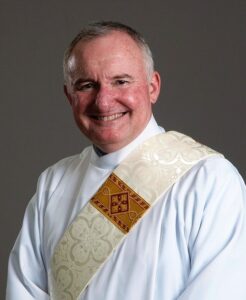 Following an extensive five month search by the Board of Trustees, Bishop Edward B. Scharfenberger, Apostolic Administrator of the Diocese of Buffalo and Chair of the Board of Catholic Charities of Buffalo, announces the appointment  of Deacon Steve Schumer as the organization’s new President and CEO, effective Jan. 6, 2020.

Deacon Schumer succeeds retiring President and CEO Dennis C. Walczyk, who joined Catholic Charities in 1997 as Chief Operating Officer and was appointed CEO in 2003. The Board of Trustees added the title of President in 2018 when the Board reorganized to a single executive from a dual-leadership structure.

“On behalf of the entire Board of Trustees, we are delighted that Deacon Steve Schumer has accepted this opportunity to now lead the vital Catholic Charities organization forward at a critical time,” said Bishop Scharfenberger. “His deep commitment to ministry and service reflect the core mission and purpose of Catholic Charities, namely, to lift and enable those most vulnerable in our communities and provide essential wrap-around services so that their lives are not solely defined by their struggles and challenges. Grateful as we are for Dennis Walczyk’s many contributions, we have full confidence that Deacon Steve’s vision and strong leadership skills will ensure that we reach many more individuals and families throughout Western New York who stand to benefit from Catholic Charities’ extensive professional capabilities and services.”

Deacon Schumer will be responsible for all programs, services, fiscal and infrastructure operations, including the annual Appeal, financial accountability and strategic direction and planning. The agency provides programs and services annually to more than 150,000 people in need in the eight counties of Western New York with a staff of 470 employees.

Deacon Schumer was ordained to the permanent diaconate for the Diocese of Buffalo in 2014. He is currently serving at Our Lady of Charity Parish in South Buffalo, and previously served in his home parish of St. Bernadette Parish in Orchard Park. Deacon Schumer graduated from Christ the King Seminary with a master’s degree in Pastoral Ministry and also holds an MBA from the University of Buffalo, as well as a Bachelor of Science degree in Business Administration from Niagara University.

Deacon Schumer has held various roles with M&T Bank in Buffalo for over 33 years, most recently serving as head of the correspondent banking division.

A graduate of St. Francis High School, he served as Catholic Charities Ambassador from 2014 to 2018 and currently ministers at the Mother Teresa Home in Buffalo.

He is married with two grown children.

During his leadership at Catholic Charities, Walczyk impacted revenue growth (from $20 million to $40 million), augmented performance quality improvement efforts, worked within the WNY community to bring collaborative programs to the agency, increased the engagement and involvement of the Board of Trustees, and was active in the non-profit and Catholic community locally, regionally and nationally.