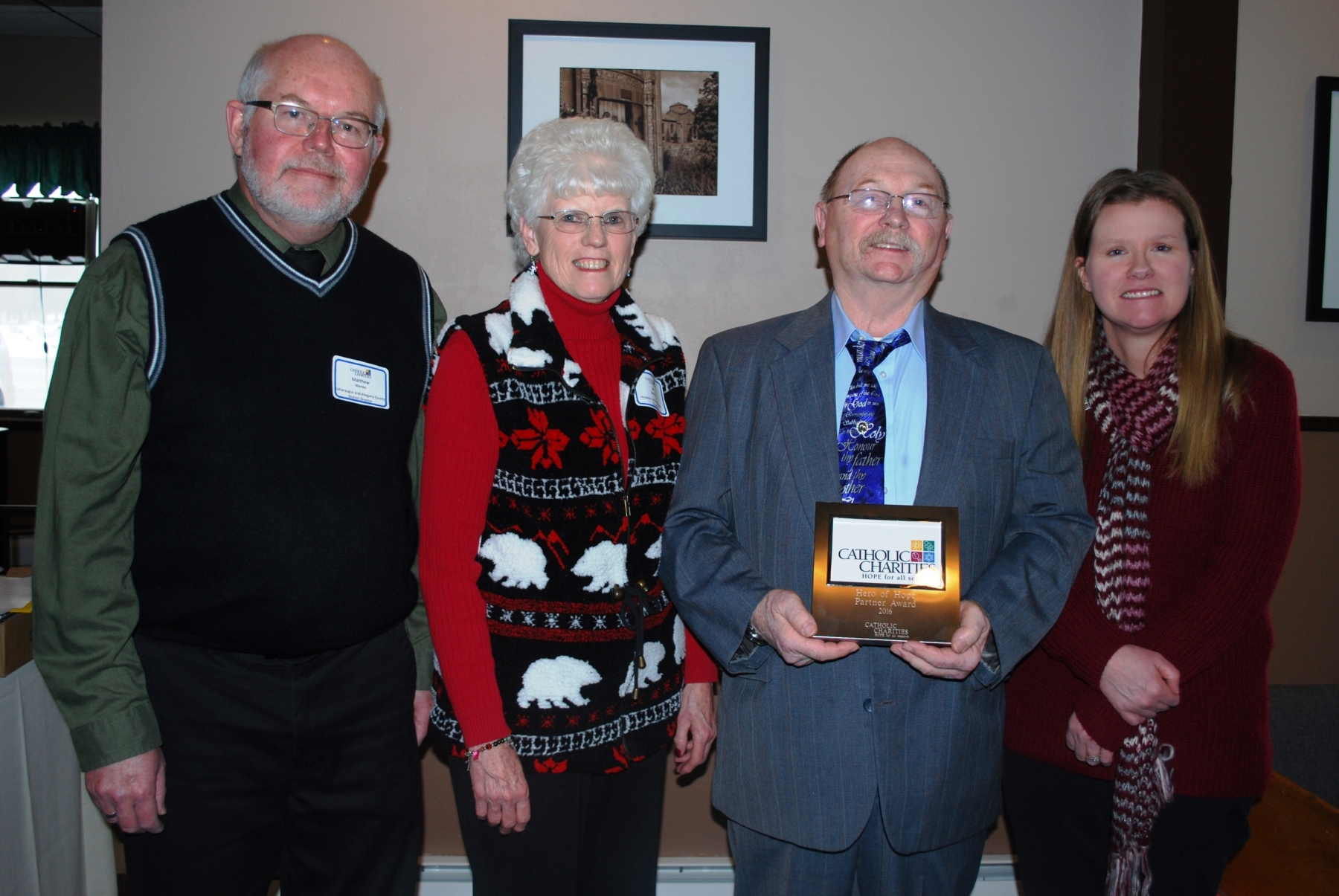 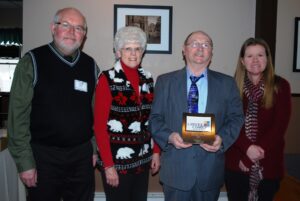 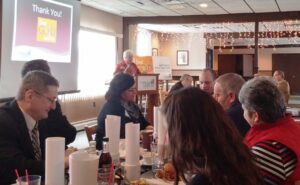 Patricia Fogarty, Catholic Charities trustee, reminds volunteers of the need for their efforts during her remarks at Saturday’s workshop and luncheon in Olean. 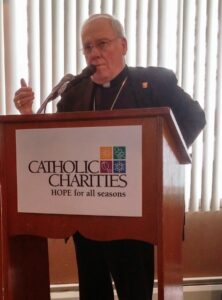 January 16, 2016 — More than 50 parish and community volunteers, local clergy and lay leaders, and staff of Catholic Charities of Buffalo, gathered Saturday for a volunteer training workshop and luncheon to help kick off the 2016 Appeal for Catholic Charities in Cattaraugus and Allegany counties.

Working under the theme “Find Good Within,” Appeal volunteers from Cattaraugus and Allegany counties will begin reaching out to individuals and businesses in the community to encourage their support of the 2016 Appeal, which helps fund Catholic Charities’ 70 myriad programs and services across 61 sites in Western New York along with a number of ministries through the Bishop’s Fund for the Faith.

Following the workshop and during the luncheon, a Hero of Hope award was presented to Hinsdale United Methodist Church (UMC) for its generosity in providing space for Catholic Charities to hold its Kinship Caregiver Program sessions and activities. Rev. Richard Young, Hinsdale UMC pastor, accepted the award on behalf of the church community.

In addition, Meghan Blafkin, who participates in the Catholic Charities Grief Support Group held twice monthly at St. John’s Parish in Olean, talked about how the group helped her through several recent losses among her family and friends. Two other grief support groups are held in Wellsville and Cuba, and several other support groups are offered in the two counties to assist suicide survivors, Alzheimer’s disease caregivers and victims of domestic violence, as well as a focus on tough love and a psycho-educational group.

“It’s hard to believe this is my fourth Appeal as Bishop of Buffalo,” said Bishop Malone. “I wish I could report the need for our services has diminished during my time here, but unfortunately that’s not the case. Last year we provided assistance to nearly 132,000 individuals, Catholics and non-Catholics alike, including nearly 3,700 individuals in these two counties alone. We anticipate a similar or increased volume in the coming year.

Bishop Malone was joined by Sister Mary McCarrick, who shared an example of how Catholic Charities’ programs impact the children they serve and underlined the importance of donations of any size.

“Catholic Charities is there for children in need. Kyle, 10, was a foster child with three siblings who wrote us a letter after they were adopted by their foster parents. He said, in part, ‘My new foster parents made me feel comfortable by letting us pick out our own beds and gave us our favorite food. I am grateful for foster care because I now have what I didn’t have before. When I found out that we would be adopted I was very excited because I would be living with the family I have been since I was six years old and I would have a forever family!’ ”

In Cattaraugus and Allegany counties, Catholic Charities provides a variety of services, including: basic assistance, counseling for individuals, children and families; Domestic Violence Offenders program; multisystemic therapy for teens at risk of being placed outside the home; intensive case management program for children; Our Kids: Parent Education and Awareness program; a variety of support groups; the Kinship Caregiver Program, and two food pantries.