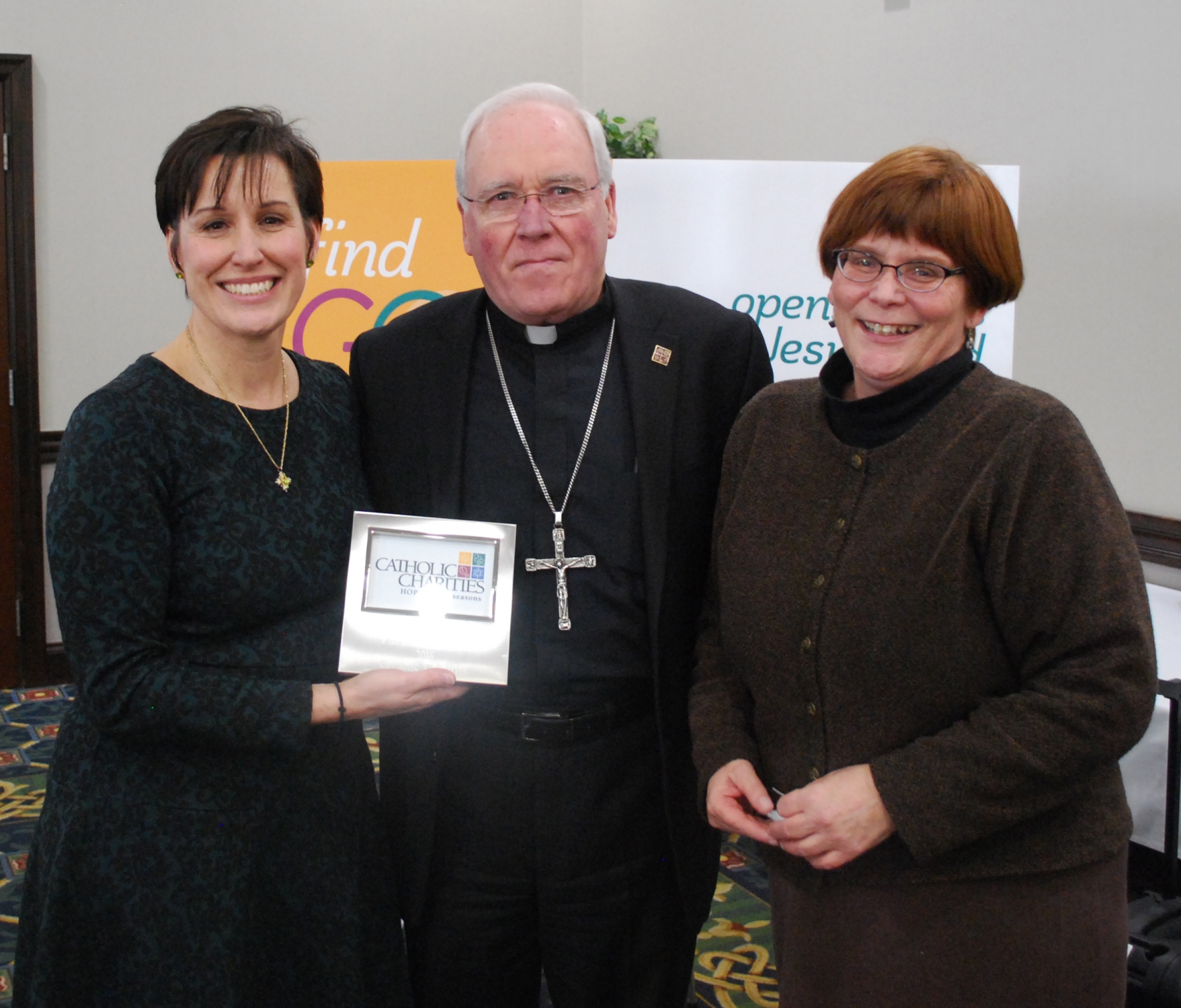 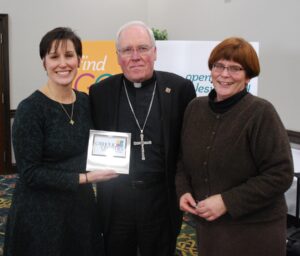 BUFFALO, N.Y., Jan. 30, 2016 – About 35 parish and community volunteers, local clergy and lay leaders, and staff of Catholic Charities of Buffalo, gathered today for a volunteer training workshop and luncheon to help kick off the 2016 Appeal for Catholic Charities in Chautauqua County.

The event was held at the Clarion Hotel Marina and Conference Center in Dunkirk in preparation for the 92nd annual campaign, which carries a goal of $11 million and officially began Jan. 6. The patron saint for the 2016 Appeal is St. Nicholas.

During the workshop, the director of the Chautauqua County Office of the Aging accepted a Hero of Hope Partner Award on behalf of the office.

Working under the theme “Find Good Within,” Appeal volunteers from Chautauqua County will begin reaching out to individuals and businesses in the community to encourage their support of the 2016 Appeal, which helps fund Catholic Charities’ 70 myriad programs and services across 61 sites in Western New York along with a number of ministries through the Bishop’s Fund for the Faith.

In addition, Richard and Linda, two clients, shared how Catholic Charities counseling services in Dunkirk, as well as linkage to other community resources, including the Chautauqua County Office of the Aging, have made a difference in their life. Most recently, through the advocacy and referral of Catholic Charities, the Chautauqua County Office of the Aging was able to help Richard receive necessary medical transportation.

“It’s hard to believe this is my fourth Appeal as Bishop of Buffalo,” said Bishop Malone. “I wish I could report the need for our services has diminished during my time here, but unfortunately that’s not the case. Last year we provided assistance to nearly 132,000 individuals, Catholics and non-Catholics alike, including the nearly 4,600 individuals in this county alone. We anticipate a similar or increased volume in the coming year.