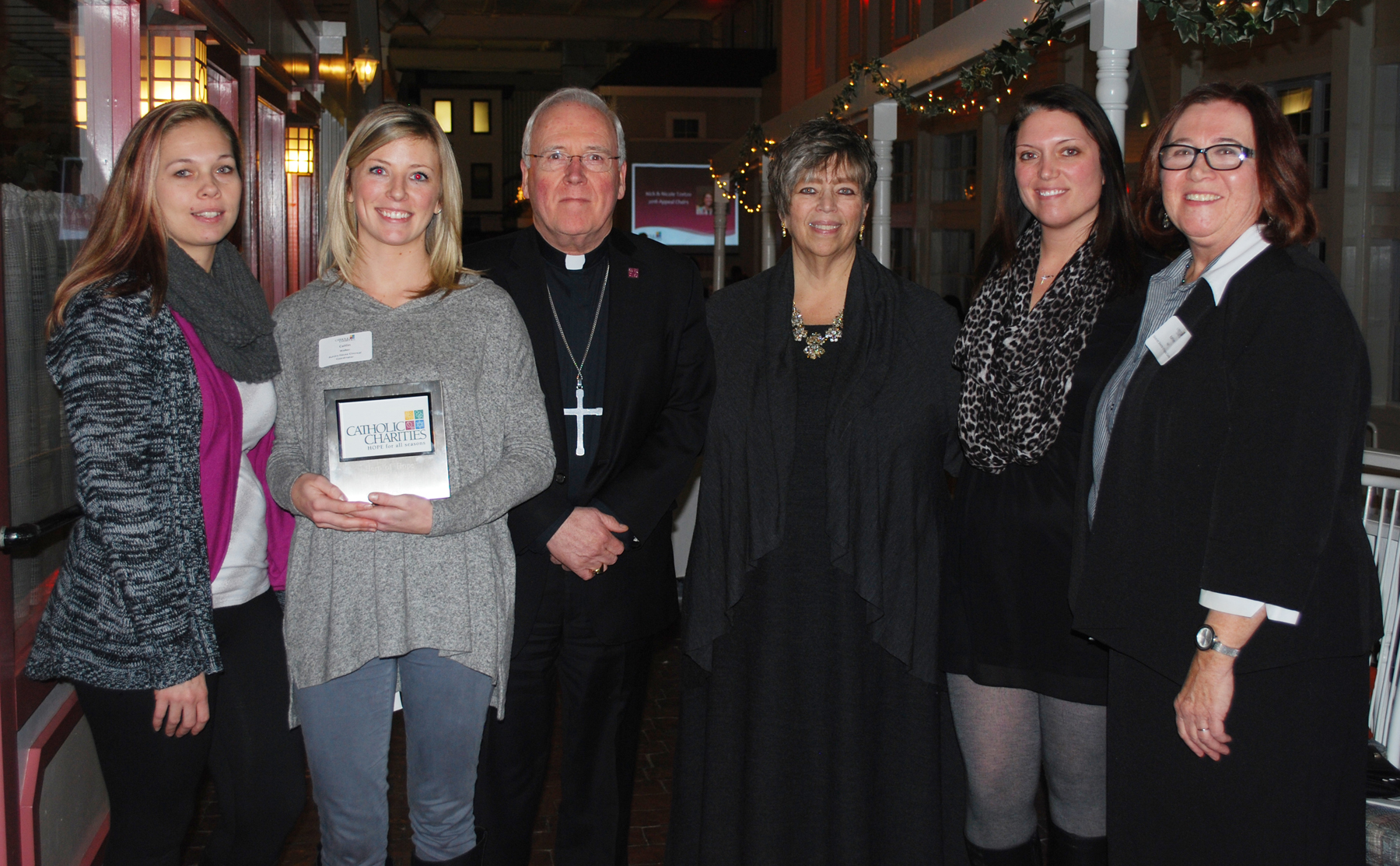 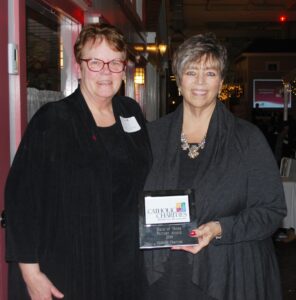 Sr. Mary McCarrick, Catholic Charities diocesan director, left, with Robyn Krueger, executive director of Aurora House Children and Youth Community Residence of Lockport, who accepted the Hero of Hope award on behalf of the organization for being a long-time community referring partner of Catholic Charities.

BUFFALO, N.Y., Jan. 27, 2016 – About 35 eastern Niagara County parish and community volunteers, local clergy and lay leaders, and staff of Catholic Charities of Buffalo, gathered Wednesday evening for a volunteer training workshop and reception to help kick off the 2016 Appeal for Catholic Charities in the eastern part of the county.

The event was held at Lockport Canalside Banquet Center in Lockport in preparation for the 92nd annual campaign, which carries a goal of $11 million and officially began Jan. 6. The patron saint for the 2016 Appeal is St. Nicholas.

During the workshop, the manager of the Aurora House Children and Youth Community Residence was honored with a Hero of Hope Partner Award.

Working under the theme “Find Good Within,” Appeal volunteers from Niagara County will begin reaching out to individuals and businesses in the community to encourage their support of the 2016 Appeal, which helps fund Catholic Charities’ 70 myriad programs and services across 61 sites in Western New York along with a number of ministries through the Bishop’s Fund for the Faith. 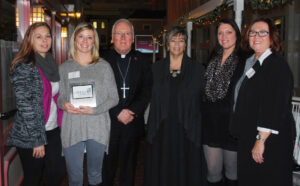 Bishop Richard J. Malone, bishop of Buffalo, center, with staff members of the Aurora House Children and Youth Community Residence of Lockport, which was presented the Hero of Hope award for being a long-time community referring partner of Catholic Charities.

During the workshop, a Hero of Hope Partner Award was presented to Aurora House Children and Youth Community Residence of Lockport for being a long-time community referring partner serving children and families. Kristin Vescio, Aurora House manager, accepted the award. The organization provides complete care for eight youth, ages 12-17, that are diagnosed as severely emotionally disturbed (SED). Aurora House is one of many youth services provided by Community Missions, Inc. which operates the youth community residence. Community Missions Executive Director Robyn Krueger also was in attendance.

“It’s hard to believe this is my fourth Appeal as Bishop of Buffalo,” said Bishop Malone. “I wish I could report the need for our services has diminished during my time here, but unfortunately that’s not the case. Last year we provided assistance to nearly 132,000 individuals, Catholics and non-Catholics alike, including more than 5,350 individuals in the eastern part of this county alone. We anticipate a similar or increased volume in the coming year.

Bishop Malone was joined by Sister Mary McCarrick, who shared the story from this year’s video about a mom (Barbara) who is so grateful for the care and counseling her daughter Heather received through the Monsignor Carr Children’s Clinic. Barbara explains in the video, “I honestly do not think she [Heather] would be here if it wasn’t for Catholic Charities and the services that they provided.”

Sister Mary said, “Catholic Charities is there for families, such as Barb and Heather, who can find hope and healing through our services.”

A wide range of services in eastern Niagara County are available in three offices in Lockport, all located in the Bewley Building. These services include basic assistance; counseling for individuals, couples and families; Domestic Violence Offenders program; Our Kids: Parent Education and Awareness Program; the Monsignor Carr Institute Children’s Clinic; Multisystemic Therapy; and the Women, Infants and Children (WIC) nutrition program.