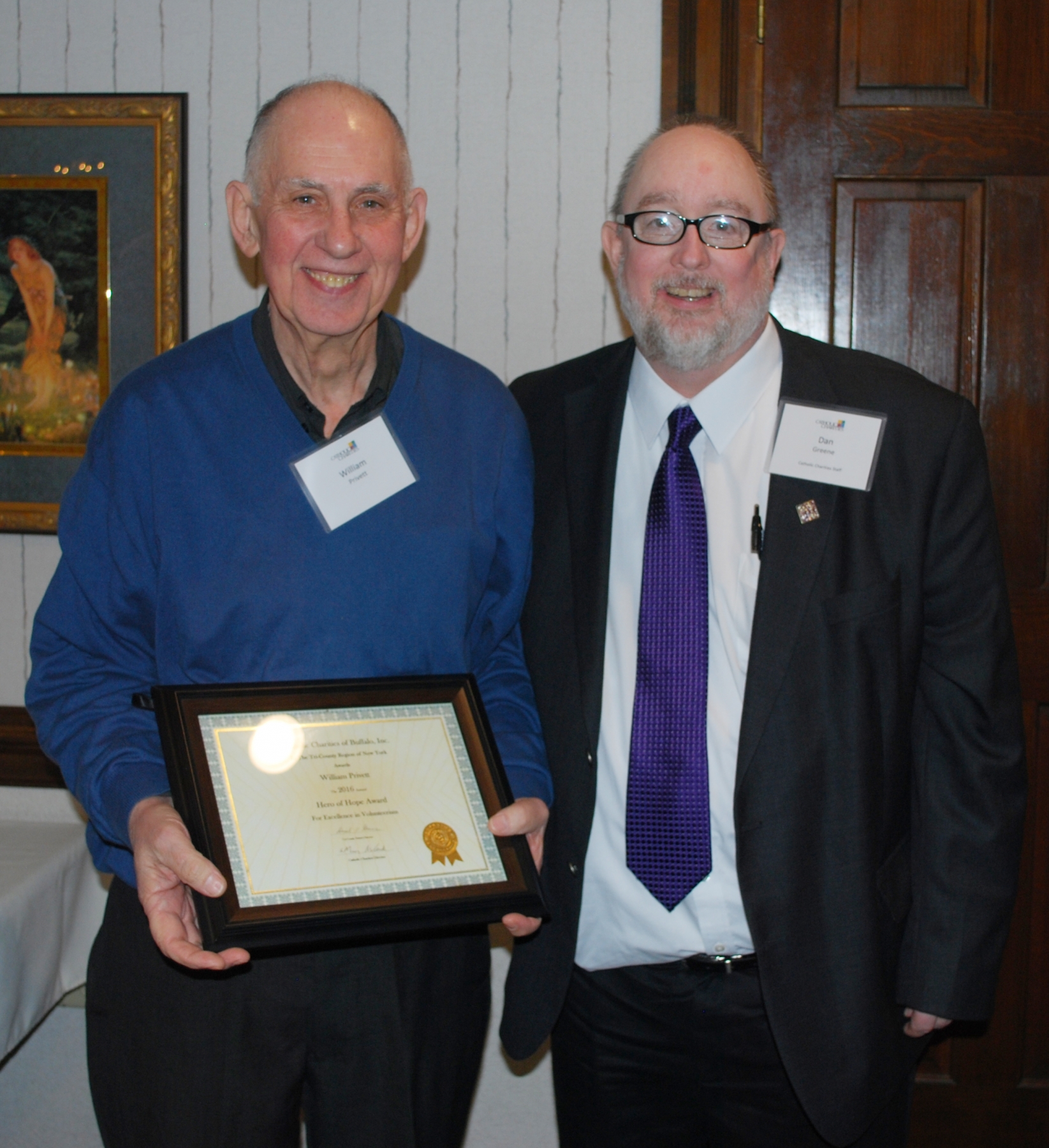 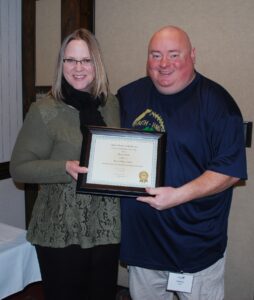 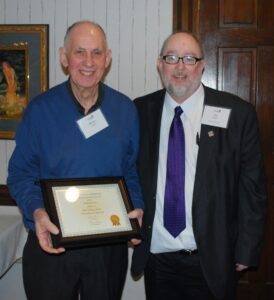 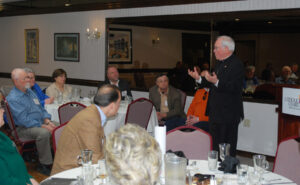 BUFFALO, N.Y., Jan. 9, 2016 – About 50 parish and community volunteers, local clergy and lay leaders, and staff of Catholic Charities of Buffalo, gathered Saturday for a Tri-County volunteer training workshop and luncheon to help kick off the 2016 Appeal for Catholic Charities in Genesee, Orleans and Wyoming counties.

The event was held at Bohn’s Restaurant in Batavia in preparation for the 92nd annual campaign, which carries a goal of $11 million and officially began Jan. 6. The patron saint for the 2016 Appeal is St. Nicholas.

During the luncheon, two individuals were honored with “Hero of Hope” awards.

Working under the theme “Find Good Within,” Appeal volunteers from Genesee, Orleans and Wyoming counties will begin reaching out to individuals and businesses in the community to encourage their support of the 2016 Appeal, which helps fund Catholic Charities’ 70 myriad programs and services across 61 sites in Western New York along with a number of ministries through the Bishop’s Fund for the Faith.

In addition, William Privett, who has been a volunteer with the Catholic Charities Home Visitation program for nearly three years, and Herbert Neal, who received Catholic Charities counseling and emergency financial services to help get him and his two teenage sons back on track, received “Hero of Hope” awards.

“It’s hard to believe this is my fourth Appeal as Bishop of Buffalo,” said Bishop Malone. “I wish I could report the need for our services has diminished during my time here, but unfortunately that’s not the case. Last year we provided assistance to nearly 132,000 individuals, Catholics and non-Catholics alike, including 4,900 individuals in these three counties alone. We anticipate a similar or increased volume in the coming year.

Bishop Malone was joined by Sister Mary McCarrick, who shared an example of how Catholic Charities’ programs impact the people they serve and underlined the importance of donations of any size.

“Catholic Charities is there for children, individuals and families in need. Such services include a program that not only re-houses families, but also works with them to establish a budget and uncover other solutions that will eventually result in permanent stability,” said Sister Mary. “One of our former clients, Rodtrice, and her children experienced this program. She was homeless when she came to Catholic Charities Central Intake and she now has a place to live, she’s working, going to school, financially stable and providing for her children.”

In Genesee, Orleans and Wyoming counties, Catholic Charities provides a variety of services, including: basic assistance, counseling for individuals, children and families, Domestic Violence Offenders program, Our Kids: Parent Education and Awareness program, preventive services for children at risk of placement outside the home, and the Home Visitation program in Genesee and Orleans counties, as well as the Friendly Phones program in Orleans County.

Catholic Charities is an excellent steward of the contributions it receives. It receives the highest-possible rating (four stars) from Charity Navigator for transparency and sound fiscal management.