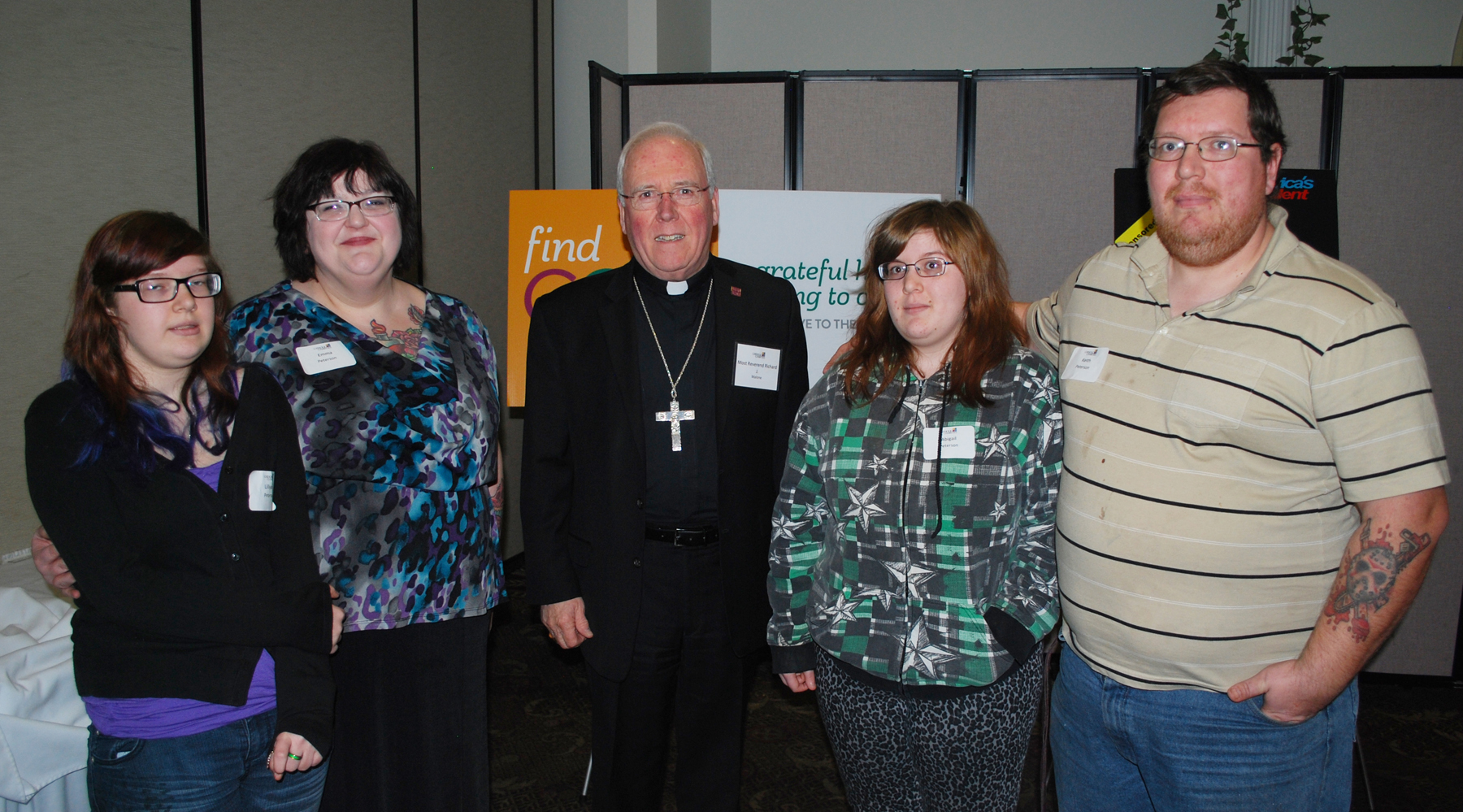 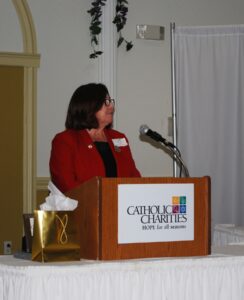 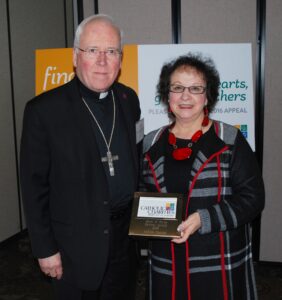 Jeannine Fortunate, right, principal of Catholic Academy of Niagara Falls, was given the Hero of Hope award during the Jan. 23 workshop. Here she is with Bishop Richard J. Malone, bishop of Buffalo. 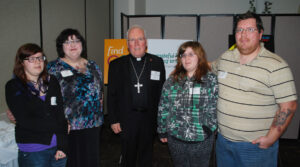 BUFFALO, N.Y., Jan. 23, 2016 – Nearly 50 parish and community volunteers, local clergy and lay leaders, and staff of Catholic Charities of Buffalo, gathered Saturday for a volunteer training workshop and luncheon to help kick off the 2016 Appeal for Catholic Charities in western Niagara County.
The event was held at Antonio’s Restaurant and Banquet Center in Niagara Falls in preparation for the 92nd annual campaign, which carries a goal of $11 million and officially began Jan. 6. The patron saint for the 2016 Appeal is St. Nicholas.

During the luncheon, the principal of a local Catholic high school was honored with a “Hero of Hope” award and a client spoke about her positive experience receiving counseling and emergency financial assistance services.

Working under the theme “Find Good Within,” Appeal volunteers from Niagara County will begin reaching out to individuals and businesses in the community to encourage their support of the 2016 Appeal, which helps fund Catholic Charities’ 70 myriad programs and services across 61 sites in Western New York along with a number of ministries through the Bishop’s Fund for the Faith.

Following the workshop and during the luncheon, a Hero of Hope award was presented to Jeanine Fortunate, principal of Catholic Academy of Niagara Falls, for her continued support of Catholic Charities In-School Social Work Program, which provides character development and skill building for students, as well as addresses emotional factors and improves family dynamics to reduce high risk behavior.

In addition, Emma Peterson, who received counseling and emergency financial assistance through Catholic Charities’ Niagara Falls office, shared how the services helped her family, especially her two young daughters.
Bishop Malone thanked the honorees and spoke about the 2016 campaign.

“It’s hard to believe this is my fourth Appeal as Bishop of Buffalo,” said Bishop Malone. “I wish I could report the need for our services has diminished during my time here, but unfortunately that’s not the case. Last year we provided assistance to nearly 132,000 individuals, Catholics and non-Catholics alike, including more than 10,650 individuals in the western part of this county alone. We anticipate a similar or increased volume in the coming year.

Bishop Malone was joined by Sister Mary McCarrick, who shared an example of how Catholic Charities’ programs impact the children they serve and underlined the importance of donations of any size.

“Catholic Charities is there for families, such as the Petersons, and children in need. Kyle, 10, was a foster child with three siblings who wrote us a letter after they were adopted by their foster parents. He said, in part, ‘My new foster parents made me feel comfortable by letting us pick out our own beds and gave us our favorite food. I am grateful for foster care because I now have what I didn’t have before. When I found out that we would be adopted I was very excited because I would be living with the family I have been with since I was six years old and I would have a forever family!’ ”