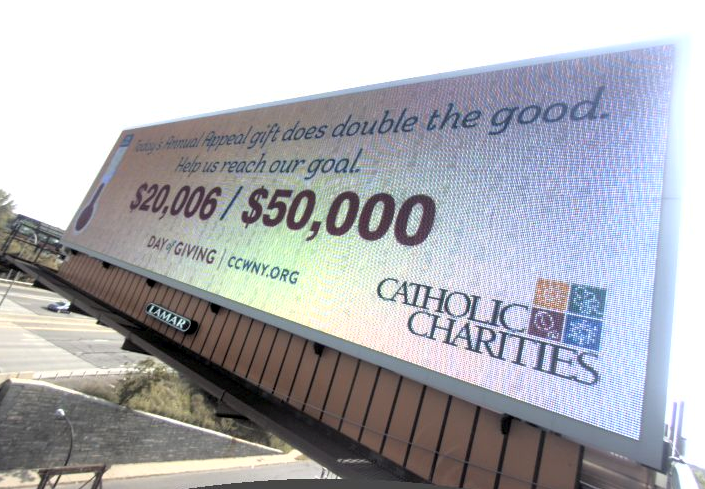 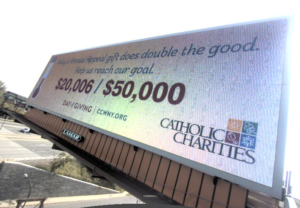 The communitywide Catholic Charities Day of Giving being held today throughout the eight counties of Western New York to raise funds for the 2018 Appeal is off to a strong start. As of 9 a.m., $20,006 has been raised so far and these funds will be doubled, resulting in a total contribution of $40,012.

All funds raised today up to $50,000 will be matched dollar-for-dollar in an effort to help achieve this year’s $11 million goal before the June 30 deadline. The matching funds are the result of donations from anonymous donors who strongly support the organization’s mission and recently stepped forward to help the Appeal reach a successful conclusion.

Sister Mary McCarrick, OSF, diocesan director of Catholic Charities, said the organization is greatly encouraged by the early results which will go a long way in closing the 2018 Appeal’s nearly $1 million shortfall.

“During my nine years in this role I have witnessed time and again the tremendous support and generosity of the Western New York community,” said Sister Mary. “Our backs are definitely against the wall as we struggle to raise the funds needed to continue providing the vital, often life-changing programs and services needed by those we serve. We still have a long way to go, but this is certainly an encouraging beginning.”

The 94th annual Appeal has now raised nearly $10.1 million or 92 percent of this year’s goal since it began in January. “The theme of this year’s Appeal is ‘Love your Neighbor’ and the patron saint is St. Clare of Assisi.