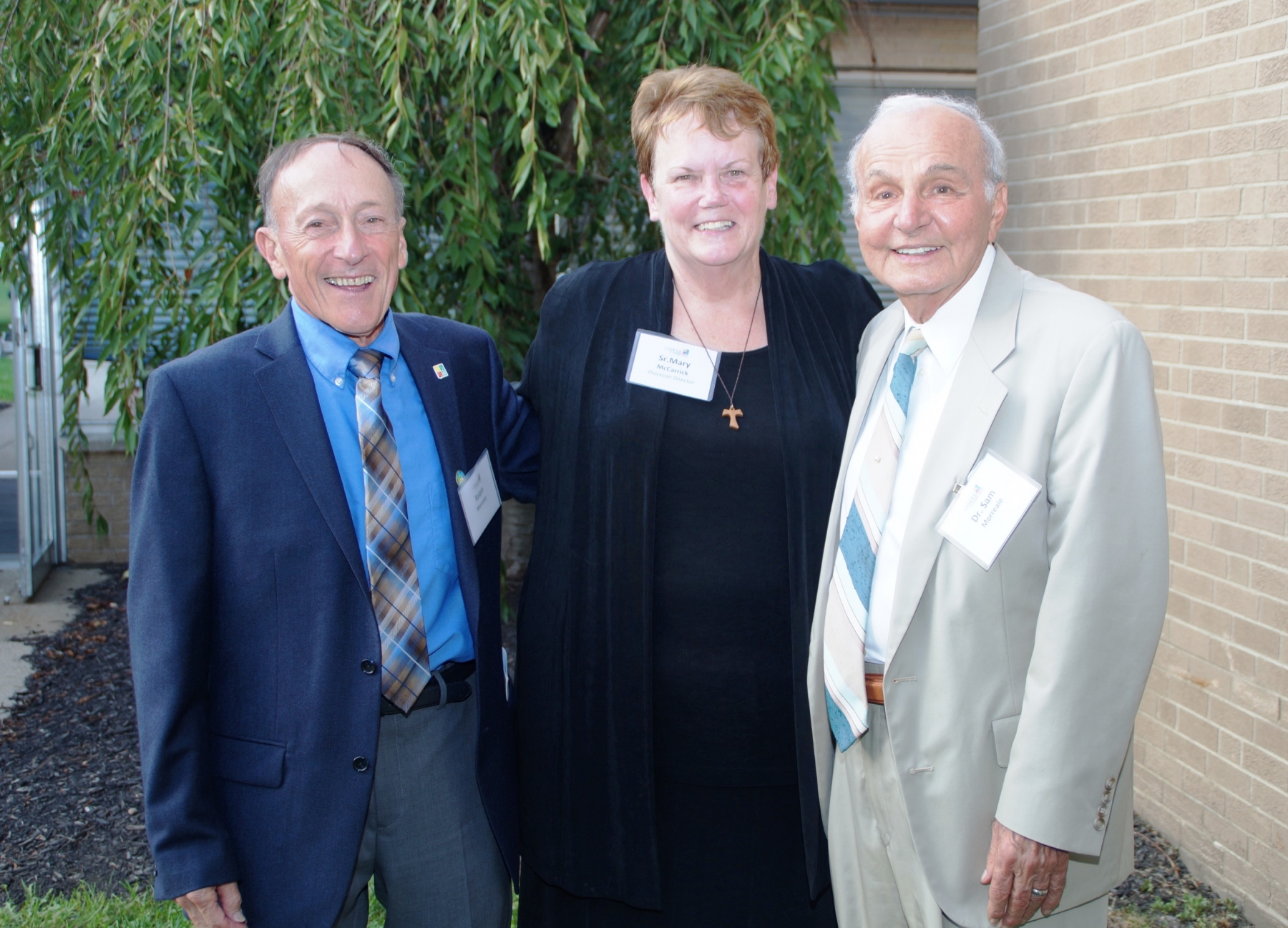 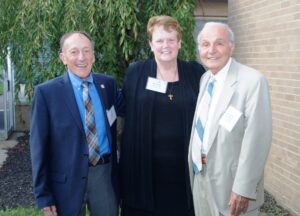 The annual event also thanks and recognizes Appeal leadership donors and parish volunteers. An outdoor reception followed the Mass under a tent.

Bishop Malone made the presentations to the two volunteers.

“This evening we are excited to recognize and thank these gentlemen who have each dedicated nearly a lifetime to the Appeal!” said the Bishop.

Meranto, who has served for nearly 60 years, began collecting door to door, making phone calls and serving on Catholic 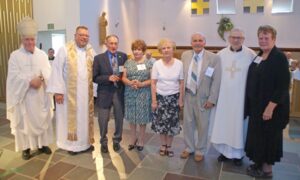 Charities Appeal Sunday as a member of Our Lady of Mount Carmel Parish in Niagara Falls in the late 1950s. When he joined St. Charles Parish, he continued and increased his commitment. Meranto served as parish coordinator at St. Charles and later parish chair. At one time, he was coordinator of the Northwest Buffalo District until a new chairman was appointed for that area.

Dr. Morreale of Niagara Falls, with more than 60 years of service, first collected door to door in 1952 for Catholic Charities as a service project for the Sacrament of Confirmation at St. Joseph Parish in Niagara Falls. He continued going door to door when he could during his college and dental school years, and two years of Air Force active duty as a dental surgeon.

Shortly after his return from the Air Force, Dr. Morreale was appointed Large Gift chairman. He has served in that role for 52 years. He also now serves as co-chairman of the parish drive.

He recalled that in 1992 St. Joseph’s, now known as Holy Family of Jesus, Mary and Joseph Parish, was the first parish outside of Erie County to contribute more than $100,000 to the Appeal.

He said volunteering for Catholic Charities has been an “avocation for him and he has derived much pleasure and satisfaction in raising funds to help those who are poor and in need and will continue as long as he is able.”

The 2016 Appeal closed on June 30 with the announcement that the annual campaign surpassed its $11 million goal with cash and pledges received totaling $11,108,356.45, just before a special benefit concert featuring the musical group Forte.

Funds raised for the 2016 Appeal support Catholic Charities’ 70 programs and services offered across 61 sites throughout the eight-county diocese.

Catholic Charities is an excellent steward of the contributions it receives. For five years, it attained the highest-possible rating (four stars) from Charity Navigator for transparency and sound fiscal management. Catholic Charities also receives highest ratings from the Council on Accreditation for quality service and was named the winner of the 2015 Torch Award for Philanthropic Excellence by the Better Business Bureau Foundation of Upstate New York.