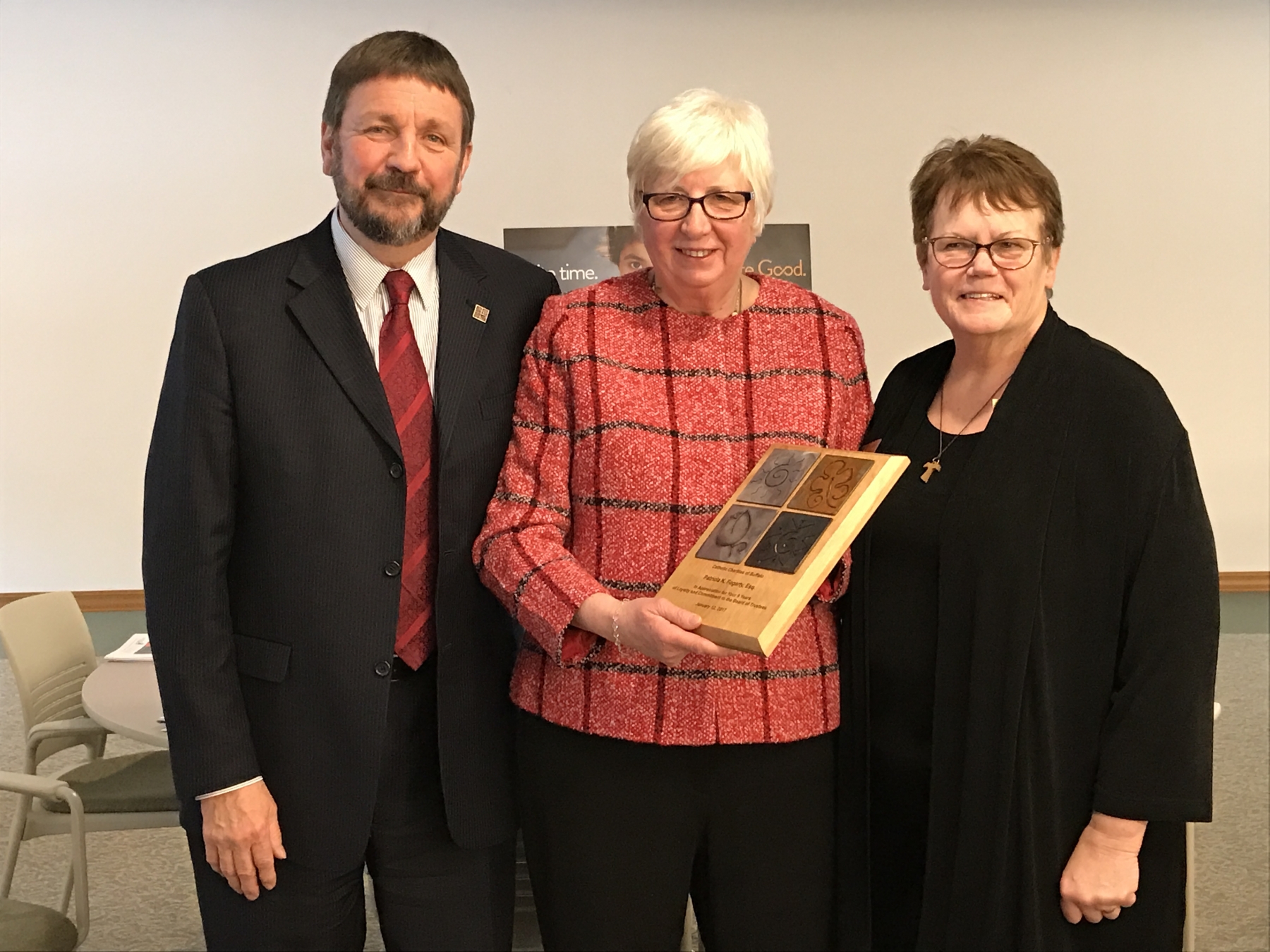 Volunteers and Donors from Allegany and Cattaraugus Counties Gather in Allegany for Workshop, Luncheon to Help Launch 2017 Appeal for Catholic Charities

Home » News » Volunteers and Donors from Allegany and Cattaraugus Counties Gather in Allegany for Workshop, Luncheon to Help Launch 2017 Appeal for Catholic Charities 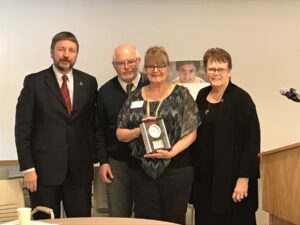 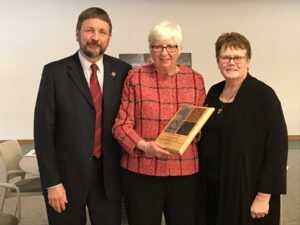 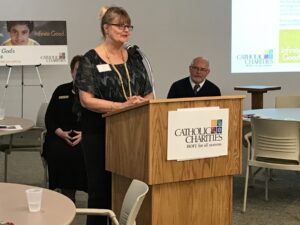 About 60 parish volunteers, clergy, lay leaders, donors and Catholic Charities’ staff attended a luncheon following a volunteer training workshop on Jan. 28 to help kick off the 2017 Appeal for Catholic Charities in Allegany and Cattaraugus counties.

The event was held at the St. Elizabeth Motherhouse of the Franciscan Sisters of Allegany, NY in preparation for the 93rd annual campaign, which carries a goal of $11 million and officially kicked off on Jan. 18 with a news conference in downtown Buffalo. The patron saint for the 2017 Appeal is St. Marianne Cope.

Working under the theme “Finite time. Infinite good,” Appeal volunteers from Allegany and Cattaraugus counties will begin reaching out to individuals and businesses in the community to encourage their support of the Appeal, which helps fund Catholic Charities’ 70 programs and services across 61 sites in Western New York along with a number of ministries through the Bishop’s Fund for the Faith.

Area Appeal donors also were invited to attend the luncheon this year in gratitude for their support and to learn more about Catholic Charities and its impact on their communities. Donors from Allegany and Cattaraugus counties contributed $389,339 to the 2016 Appeal.

Catholic Charities provided assistance which impacted more than 152,000 individuals, Catholics and non-Catholics alike during the past year, including more than 3,500 individuals in Allegany and Cattaraugus counties.

During the workshop, a Hero of Hope Partner Award was presented to Debbie Wescott of Genesis House of Olean for her cooperative work with Catholic Charities, including addressing the needs of a mutual client who was at risk of becoming homeless. Debbie’s compassion and hard work in assisting and empowering the client was inspiring for both Catholic Charities and Genesis House staff.

Matthew Wenke, Catholic Charities Allegany and Cattaraugus Counties District Director, said, “Debbie’s heroism in this case is not unusual for her. She routinely goes out of her comfort zone and way beyond the call of duty to assist those in need.”

Gerard and Barbara Mazurkiewicz are chairs of the 2017 Appeal. The couple served as vice chairs for the 2016 Appeal. Other members of this year’s volunteer leadership team are Rick Cronin, parish chair; Kellie Ulrich, community division chair; and Jim Dentinger and Jackie Gurney, corporate chairs.

Patricia Fogarty spoke on behalf of the Mazurkiewicz’. Patricia said, “Those who have helped Catholic Charities along the way serve as a reminder of this year’s Appeal theme, ‘Finite time. Infinite good.’ As we embark on this year’s campaign, I encourage all of you to give what you can while you can. Your charity and generosity will do more good than you can imagine.”

Stressing the importance of donations to the Appeal, Patricia spoke about the example set by this year’s patron saint.

“Born in 1838, St. Marianne was raised in Utica and entered the Sisters of St. Francis of the Neumann Communities in Syracuse where she ministered in education and health care,” said Patricia. “While serving as general minister of the Sisters she responded positively to a request from the king and queen of Hawaii to help treat patients with leprosy, now known as Hanson’s disease. She spent 35 years on the island of Molokai until her death in 1918. Often referred to as the ‘beloved mother of outcasts’ and canonized in 2012, her life was one of tireless and infinite service, compassionate care, and respect for human dignity.”

A wide range of services are provided in Allegany and Cattaraugus counties. These services include basic assistance; food pantries in Wellsville and Franklinville and a thrift store in Wellsville; counseling for individuals, couples and families; a number of support groups; Domestic Violence Offenders program; Our Kids: Parent Education and Awareness Program; Kinship Caregivers program; Intensive Case Management; and New Hope Partners program. The Allegany County office is located at 67 E. Pearl St., Wellsville, and offices in Cattaraugus County are located at 2636 W. State St., Suite 301, Olean, and at 86 S. Main St. and 28 Park Square, Franklinville.

As the most comprehensive human service provider in Western New York, Catholic Charities makes a difference for people of every faith and ethnicity. Catholic Charities empowers children, families and seniors to achieve meaningful, healthy and productive lives. In all situations, Catholic Charities delivers support to meet immediate needs, and then assesses its clients for other needs to ensure long-term success