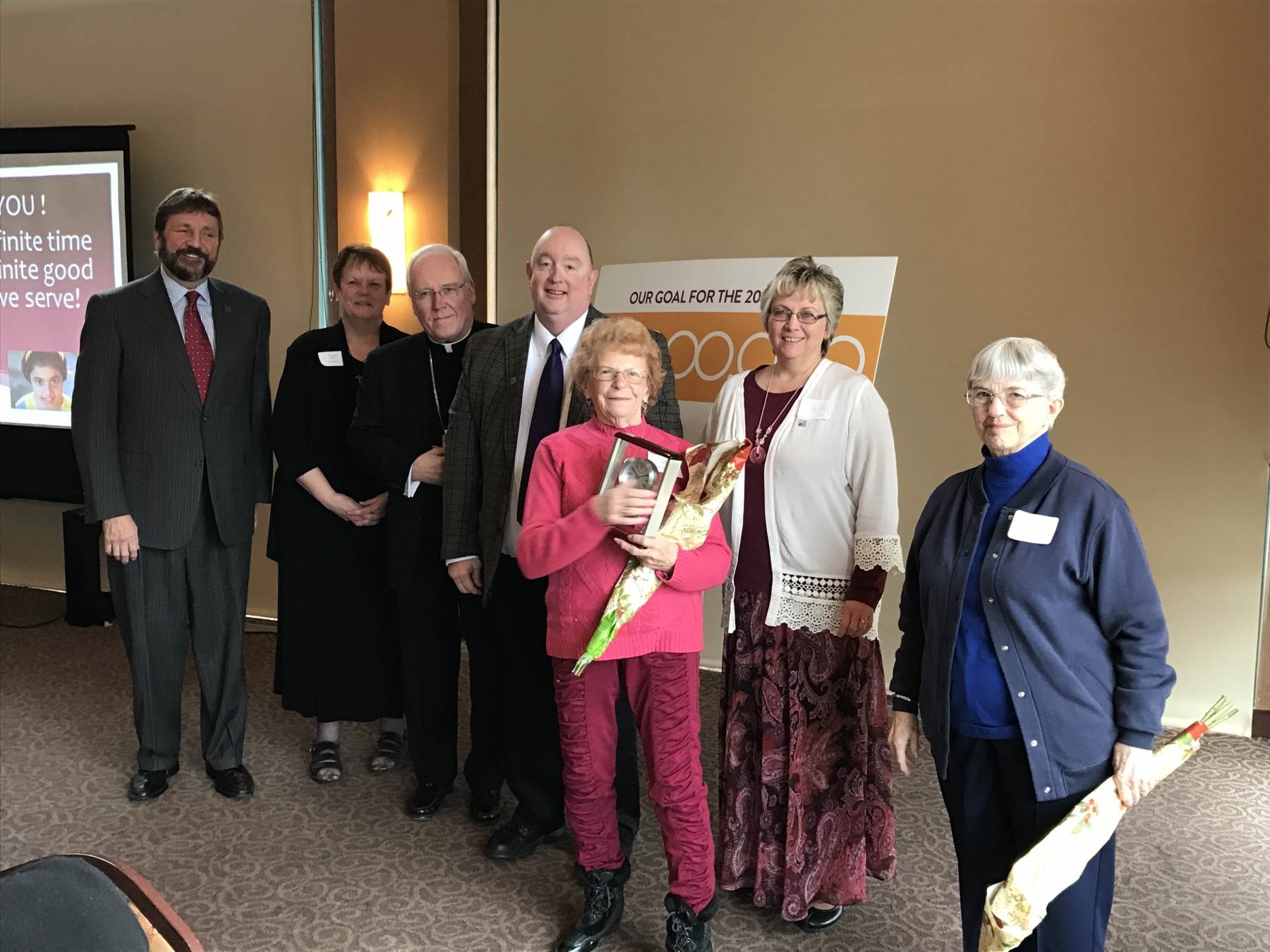 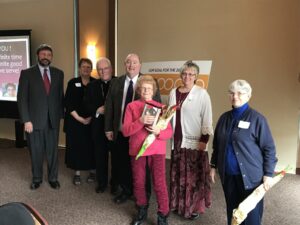 About 70 parish volunteers, clergy, lay leaders, donors and Catholic Charities’ staff attended a luncheon following a volunteer training workshop on Jan. 14 to help kick off the 2017 Appeal for Catholic Charities in the Tri-County area.

The event was held in Batavia at the Terry Hills Golf Course in preparation for the 93rd annual campaign, which carries a goal of $11 million and officially kicks off on Jan. 18 with a news conference in downtown Buffalo. The patron saint for the 2017 Appeal is St. Marianne Cope.

Working under the theme “Finite time. Infinite good,” Appeal volunteers from Genesee, Orleans and Wyoming counties will begin reaching out to individuals and businesses in the community to encourage their support of the Appeal, which helps fund Catholic Charities’ 70 services across 61 sites in Western New York and a number of ministries through the Bishop’s Fund for the Faith. 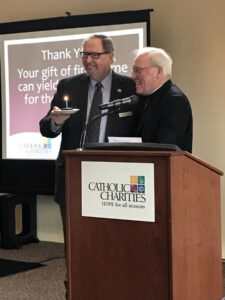 Area Appeal donors also were invited to attend the luncheon this year in gratitude for their support and to learn more about Catholic Charities and its impact on their communities. Donors from the Genesee, Orleans and Wyoming counties contributed $601,425 to the 2016 Appeal.

During the luncheon, a Hero of Hope Award was presented to Jean McCoy for her volunteer work with Catholic Charities’ Home Visitation Program in Genesee County. Three and a half years ago, Jean was able to look outside of herself and reach out to serve others through the Home Visitation Program after she experienced several significant losses in her life. Through Jean’s perseverance, she met and has visited weekly for two and a half years with program member Ruth Doyle, a retired Presbyterian minister.

Ruth Doyle then shared what the program and the friendship the two women have developed has meant to her.

Jerry Mazurkiewicz said, “Providing resources for all our neighbors is a great challenge, and the fundraising goal we have set this year is aspirational. But, we are confident that Bishop Malone, our dedicated leadership team, the Catholic Charities staff and the numerous parish and community volunteers who donate their time to this cause will guide and support our success.”

Barb Mazurkiewicz added, “Those who have helped Catholic Charities along the way serve as a reminder of this year’s Appeal theme, ‘Finite time. Infinite good.’ As we embark on this year’s campaign, I encourage all of you to give what you can while you can. Your charity and generosity will do more good than you can imagine.”

“Born in 1838, St. Marianne was raised in Utica and entered the Sisters of St. Francis of the Neumann Communities in Syracuse where she ministered in education and health care,” said Bishop Malone. “While serving as general minister of the Sisters she responded positively to a request from the king and queen of Hawaii to help treat patients with leprosy, now known as Hanson’s disease. She spent 35 years on the island of Molokai until her death in 1918. Often referred to as the ‘beloved mother of outcasts’ and canonized in 2012, her life was one of tireless and infinite service, compassionate care, and respect for human dignity. As we launch this year’s Appeal, we reflect on the words of St. Marianne who said, ‘Let us make best use of these fleeting moments. They will not return.'”

A wide range of services in the Tri-County area are available in Albion, Batavia and Warsaw. These services include basic assistance; counseling for individuals, couples and families; Domestic Violence Offenders program; Our Kids: Parent Education and Awareness Program, Home Visitation Program for homebound seniors in Genesee and Orleans counties, Friendly Phones for seniors in Orleans County, and Eastern Wyoming County Outreach for nursing home and hospital patients.        Catholic Charities’ offices are located at 25 Liberty St., Suite 7 in Batavia, (585) 343-0614; 243 South Main St. in Albion, (585) 589-7477, and 4 W. Buffalo St. in Warsaw, (585) 786-3440