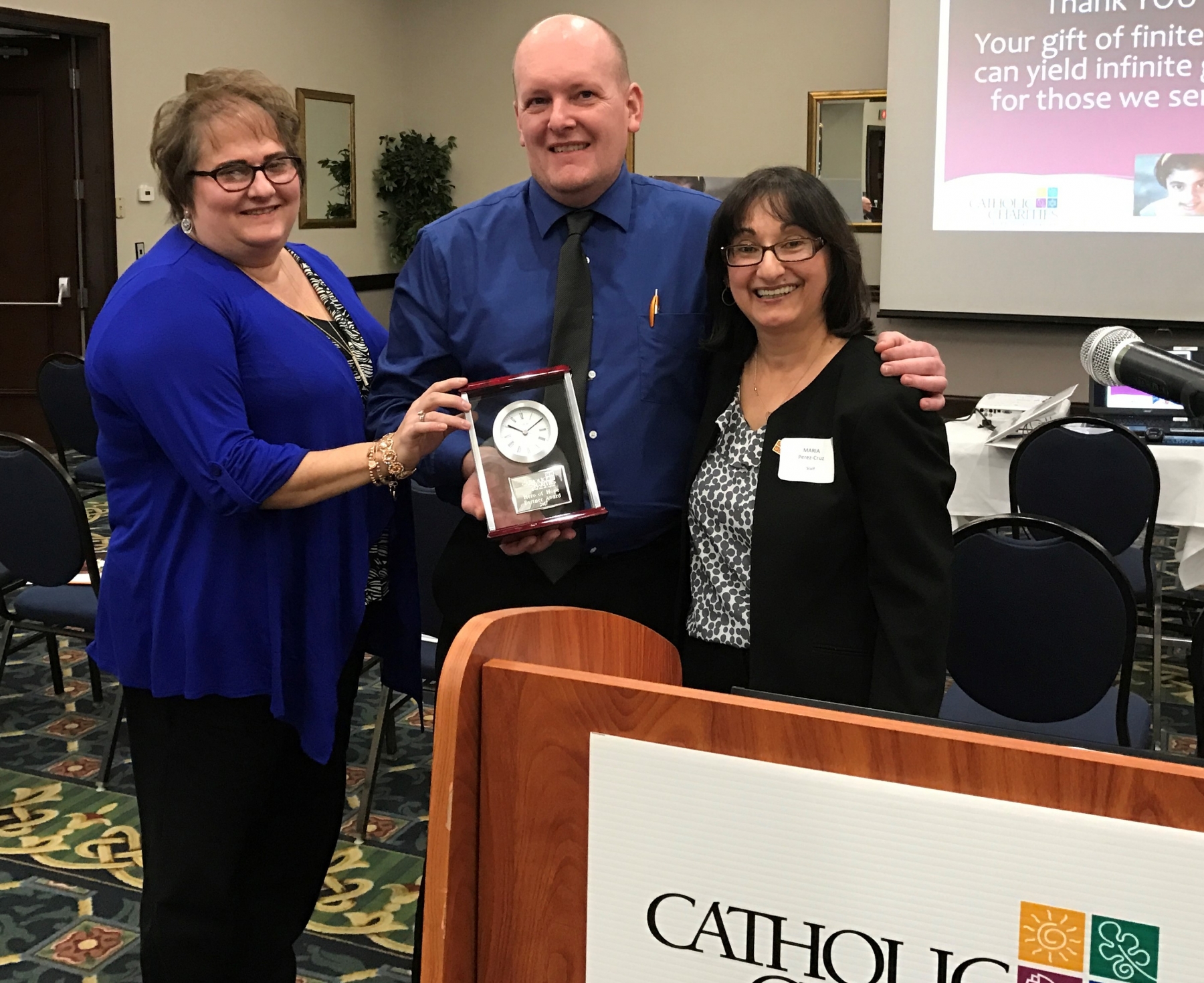 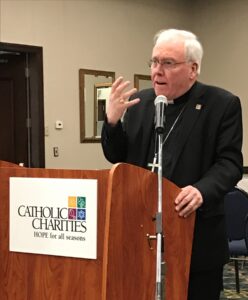 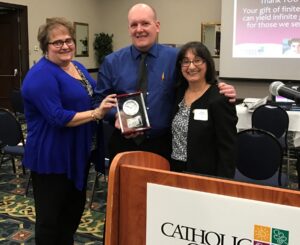 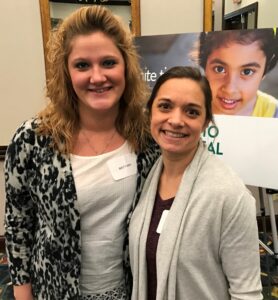 A volunteer training workshop and luncheon to help kick off the 2017 Appeal for Catholic Charities in Chautauqua County was held Jan. 7 in Dunkirk with about 32 parish and community volunteers, local clergy and lay leaders, and staff of Catholic Charities of Buffalo on hand.

The event was held at the Clarion Hotel Marina and Conference Center in preparation for the 93rd annual campaign, which carries a goal of $11 million and officially kicks off on Jan. 18 with a news conference in downtown Buffalo. The patron saint for the 2017 Appeal is St. Marianne Cope.

Working under the theme “Finite Time. Infinite Good,” Appeal volunteers from Chautauqua County will begin reaching out to individuals and businesses in the community to encourage their support of the Appeal, which helps fund Catholic Charities’ 70 programs and services across 61 sites in Western New York along with a number of ministries through the Bishop’s Fund for the Faith.

Catholic Charities provided assistance which impacted more than 152,000 individuals, Catholics and non-Catholics alike during the past year, including more than 6,500 individuals in Chautauqua County.

In addition, Brittany Samuelson and Carrie* (not her real name), two clients, shared how Catholic Charities counseling made a difference in their lives. Brittany was seeking counseling as someone in recovery from heroin addiction and Carrie was experiencing extreme anxiety and fear.

Jerry Mazurkiewicz said, “Providing resources for all our neighbors is a great challenge, and the fundraising goal we have set this year is aspirational. But, we are confident that Bishop Malone, our dedicated leadership team, the Catholic Charities staff and the numerous parish and community volunteers who donate their time to this cause will guide and support our success.”

Barb Mazurkiewicz added, “Those who have helped Catholic Charities along the way serve as a reminder of this year’s Appeal theme, ‘Finite time. Infinite good.’ As we embark on this year’s campaign, I encourage all of you to give what you can while you can. Your charity and generosity will do more good than you can imagine.”

“Born in 1838, St. Marianne was raised in Utica and entered the Sisters of St. Francis of the Neumann Communities in Syracuse where she ministered in education and health care,” said Bishop Malone. While serving as general minister of the Sisters she responded positively to a request from the king and queen of Hawaii to help treat patients with leprosy, now known as Hanson’s disease. She spent 35 years on the island of Molokai until her death in 1918. Often referred to as the ‘beloved mother of outcasts” and canonized in 2012, her life was one of tireless and infinite service, compassionate care, and respect for human dignity. As we launch this year’s Appeal, we reflect on the words of St. Marianne who said, ‘Let us make best use of these fleeting moments. They will not return.'”

A wide range of services in Chautauqua County are available in Dunkirk at 425 Main St. and in Jamestown at 560 West 3rd St., Westgate Plaza, Suite 15. These services include basic assistance; counseling for individuals, couples and families; Domestic Violence Offenders program; and Our Kids: Parent Education and Awareness Program. In October 2015, Catholic Charities became the provider of the Women, Infants and Children (WIC) nutrition program in Chautauqua County, operating out of five sites including 326 Central Ave., Dunkirk; 200 Harrison St., Jamestown; 58 S. Portage St., Westfield; 35 Park Place, Silver Creek; and 113 Church St., Sherman. In Dunkirk, the office has created a mentor program with high school students, exposing them to the human service environment and gaining them job skills.