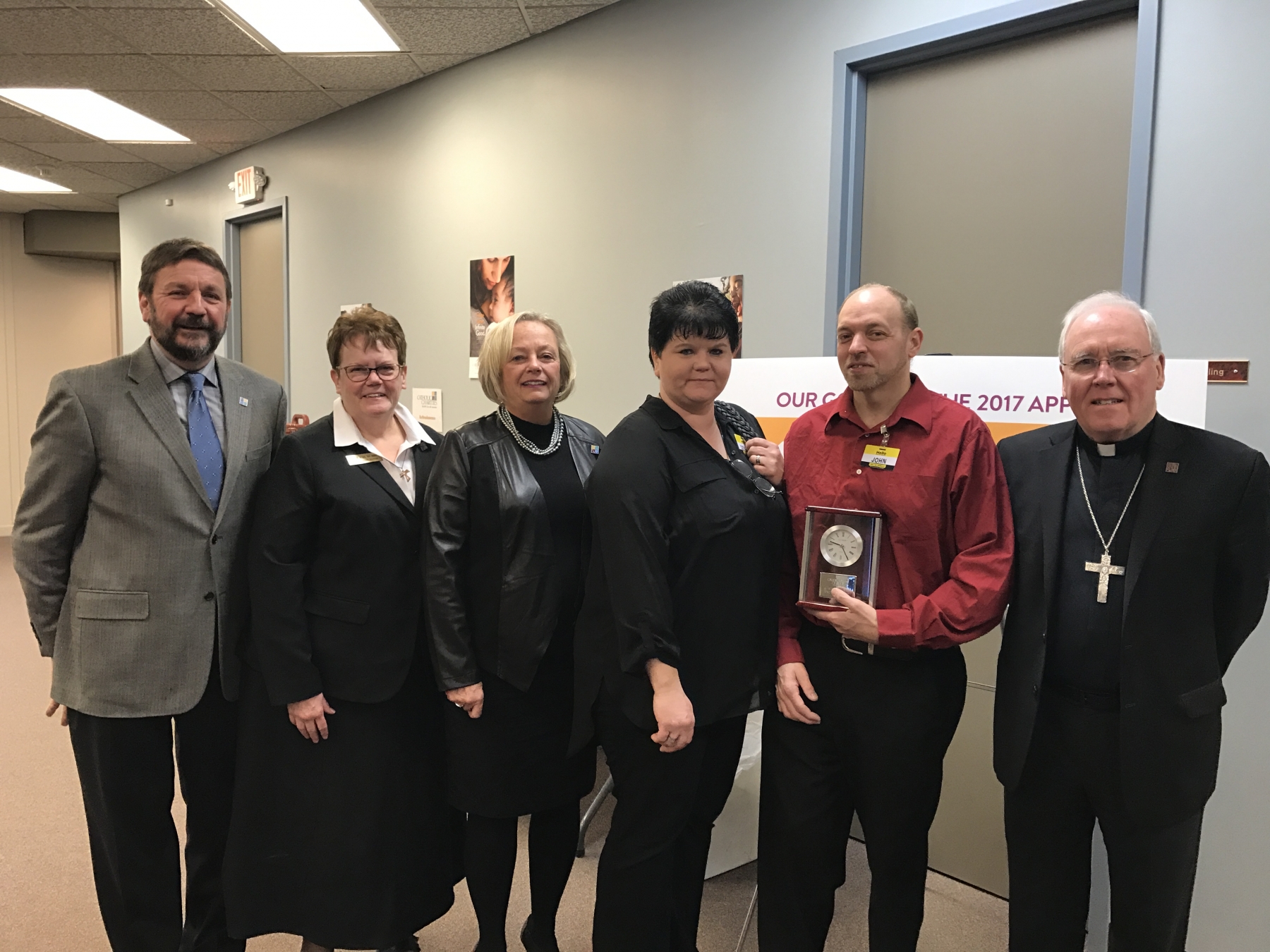 Volunteers from Erie County Gather in Buffalo for 2017 Appeal Workshop 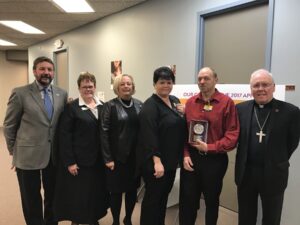 The event was held at Catholic Charities Montante Administrative Center in Buffalo to prepare for the 93rd annual campaign, which carries a goal of $11 million. The patron saint for the 2017 Appeal is St. Marianne Cope.Working under the theme “Finite time. Infinite good,” Appeal volunteers from Erie County will begin reaching out to individuals and businesses in the community to encourage their support of the Appeal, which helps fund Catholic Charities’ 70 programs and services across 61 sites in Western New York along with a number of ministries through the Bishop’s Fund for the Faith.

Donors from Erie County contributed $7.5 million to the 2016 Appeal.

During the workshop, a Hero of Hope Partner Award was presented to John Kelley, store manager, and Denise Watroba, assistant manager, both of the Dollar General store on Union Road in Cheektowaga, for their efforts on behalf of Catholic Charities’ programs benefitting emergency assistance clients. The store, under the direction of John and Denise, has conducted toy drives for several years and a canned good drive in recent years for Catholic Charities.

“The most recent drives brought more than 1,600 cans of vegetables to our eight food pantries, and $2,100 in toys for our clients’ families before Christmas for the work of the Ladies of Charity and the Western New York Holiday Partnership,” said Eileen Nowak, Parish Outreach and Advocacy Department director. “John and Denise are so community-minded and very generous; they help us order items of a specific need and are very diligent about saving us money.”

Among the other speakers at the event were the Most Rev. Richard J. Malone, bishop of Buffalo; Sister Mary McCarrick, OSF, Catholic Charities diocesan director; Dennis C. Walczyk, chief executive officer; and Barbara Mazurkiewicz, co-chair of the 2017 Appeal with her husband, Gerard.

Barb Mazurkiewciz said, “Those who have helped Catholic Charities along the way serve as a reminder of this year’s Appeal theme, ‘Finite time. Infinite good.’ As we embark on this year’s campaign, I encourage all of you to give what you can while you can. Your charity and generosity will do more good than you can imagine.”

“Born in 1838, St. Marianne was raised in Utica and entered the Sisters of St. Francis of the Neumann Communities in Syracuse where she ministered in education and health care,” said Bishop Malone. “While serving as general minister of the Sisters she responded positively to a request from the king and queen of Hawaii to help treat patients with leprosy, now known as Hanson’s disease. She spent 35 years on the island of Molokai until her death in 1918. Often referred to as the ‘beloved mother of outcasts’ and canonized in 2012, her life was one of tireless and infinite service, compassionate care, and respect for human dignity. As we launch this year’s Appeal, we reflect on the words of St. Marianne who said, ‘Let us make best use of these fleeting moments. They will not return.'”

Catholic Charities operates out of 37 offices in Erie County, including 23 in the City of Buffalo and locations in Amherst, Cheektowaga, Getzville, Hamburg, Kenmore and Lackawanna.

As the most comprehensive human service provider in Western New York, Catholic Charities makes a difference for people of every faith and ethnicity. Catholic Charities empowers children, families and seniors to achieve meaningful, healthy and productive lives. In all situations, Catholic Charities delivers support to meet immediate needs, and then assesses its clients for other needs to ensure long-term success.